We Never Came To The White Sea 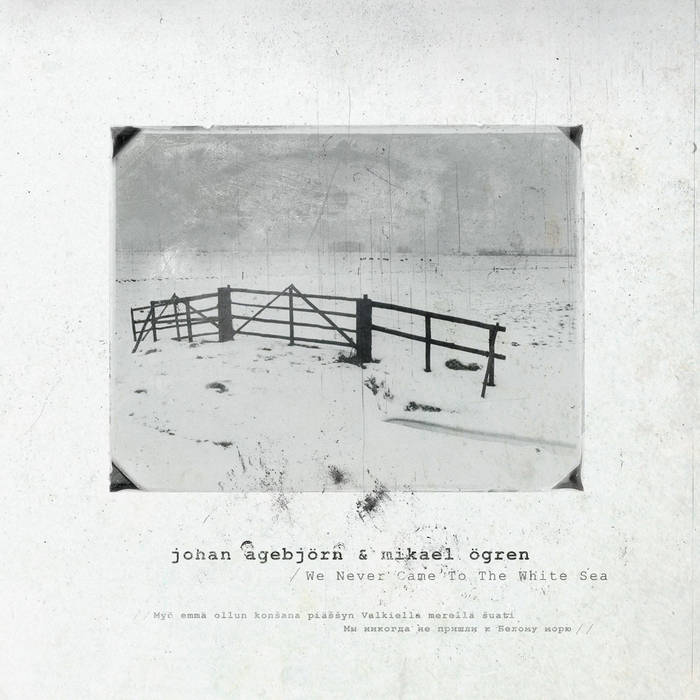 Billed as “the original soundtrack to an unreleased road movie of the same name”, We Never Came To The White Sea intertwines vivid ambience with driving rhythms, giving the music a cinematic atmosphere and strong forward motion that drives effortlessly through the ten intriguing tracks on a compelling sonic journey through the lesser-known landscape of Northern Russia near the eastern border of Finland.

Agebjörn explains, “The album is a soundtrack to an unreleased (and unedited) road movie which we filmed in Russian Karelia (formerly Finland), where my grandfather was born. It’s a beautiful country, sparsely populated with an old culture, that’s inspiring for making music. All the track titles reflect the story.”

With plenty of retro sonic influences, the rich and evolving synth sequences organically mingle with melancholy piano passages and ethereal vocals of the acclaimed Sally Shapiro. Somewhat reminiscent of musical inspirations Pete Namlook and Klaus Schulze, We Never Came To The White Sea powerfully expresses Agebjörn and Ögren’s impressions of such a beautiful country enriched with age-old culture and haunting energy.

Other Albums by Johan Agebjörn