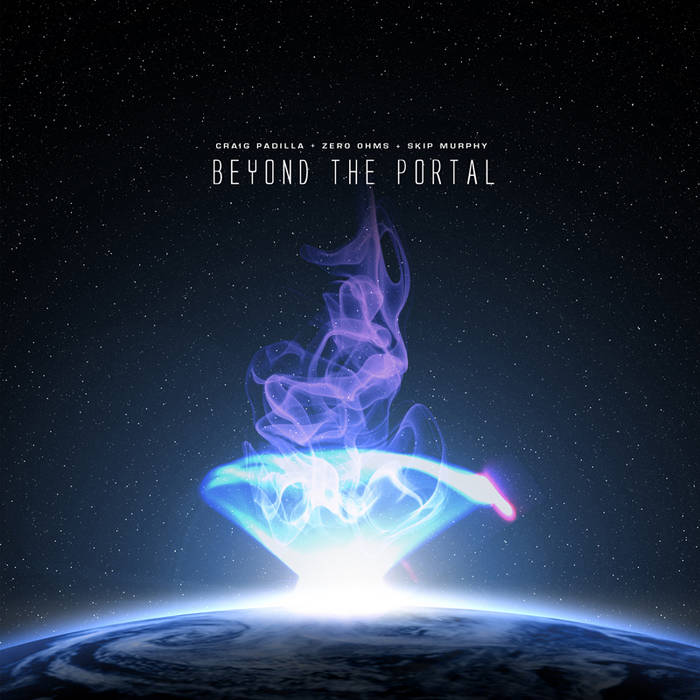 For these formats...
• Physical CD

Continuing the astral journey they began with Path of Least Resistance, Craig Padilla, Richard Roberts (a.k.a Zero Ohms), and fellow traveler Skip Murphy have created a release that is an excellent fusion of New Age heart with Electronic Spacemusic sensibilities.

Although it would seem an unlikely combination for a multi-flutist to join forces with two retro-analog synth masters, the results are surprisingly fresh and skillfully executed, and as one reviewer put it, “Roberts, Padilla and Murphy show they are a trio to be reckoned with as astral musical explorers.”

According to Roberts, the new release is a more yin-inclined exploration of an inner space as opposed to the yang-oriented excursion through outer space presented on the earlier Path of Least Resistance. “The Portal represents our own limitations,” states Roberts, “and so to go beyond the portal is to become more than we believe we are.” This indeed becomes a fitting metaphor for the project itself. Artists from different ends of the musical spectrum coming together to create something beyond what would be possible as individuals.

Throughout the album, Padilla and Murphy at times craft ethereal and elegant soundscapes around Robert’s fluid and purposeful flute explorations. At other times slightly more active electronics gently propel the music from one space to the next, carrying listeners through the vast spiral beyond and into the realm of the spirit with music that is simultaneously intimate and interstellar, organic and otherworldly.


"another beautiful foray into sound and space"
- Star's End

WHEN THE EARTH IS FAR AWAY:
ambientelectronic.bandcamp.com/album/when-the-earth-is-far-away

Other Albums by Zero Ohms

Other Albums by Craig Padilla

BEING OF LIGHT (with Howard Givens)
ambientelectronic.bandcamp.com/album/being-of-light

THE HEART OF THE SOUL:
ambientelectronic.bandcamp.com/album/the-heart-of-the-soul

THE LIGHT IN THE SHADOW:
ambientelectronic.bandcamp.com/album/the-light-in-the-shadow