A Day Within Days 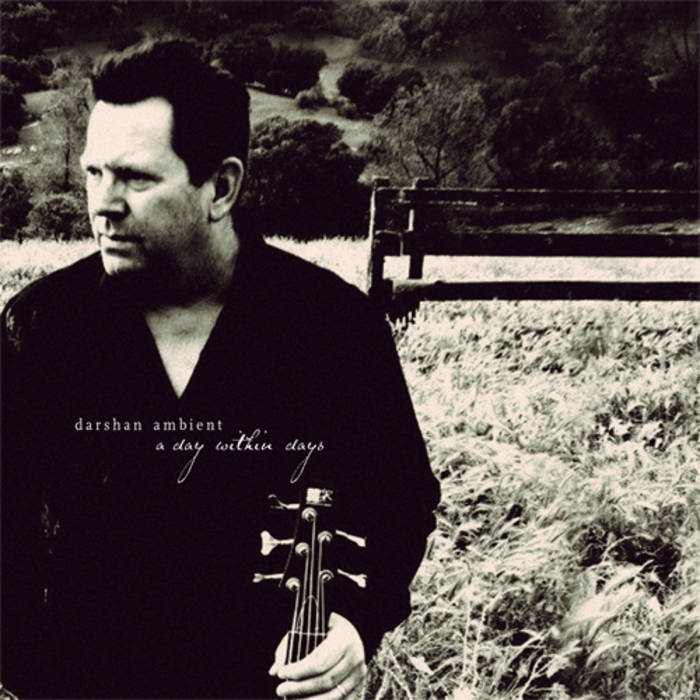 valsmountain This CD stopped me in my movement and got my attention. He sprinkled music magic into these tracks because they are outstanding. This CD came out in 2010 I think. What an interesting time. You could feel that things were changing on a much more noticeable level. This CD captures the spirit of that change in a really beautiful way. M. A.was deeply in touch with life. This has to be true to create the wonderful compositions that he has. I love every song. Track #’s 4, 5, 6, & 9 are my favorites. Favorite track: Now Sleeps the Crimson Petal.

Darshan Ambient returns with the new release, A Day Within Days; a beautiful and powerful expression of friendship, loss and the artistic spirit. On this new offering, composer and creative force behind Darshan Ambient, Michael Allison, once again expertly navigates the fine line between poignancy and elation with his trademark melodies, chord structures, and instrumentation.

Fans of previous Darshan Ambient albums will not be disappointed. The classic ambient spaces are certainly present, and Allison’s signature rhythmic flair and strong melodic sensibilities are in full bloom on this effort. There are also some stronger, more straightforward elements such as electric guitars, heavy drums and orchestral programming that bring a satisfying intensity to key moments of the album.

Allison dedicates the album to his lifelong friendship with fellow artist and musician Juan Maciel, a.k.a Naux (1951-2009), whom Allison cites as a mentor, collaborator and spiritual instigator. “I first met Naux in June 1977,” explains Allison. “He not only introduced me to yoga and meditation, he also taught me discipline as an artist and musician. We played in several bands, spent many hours in the studio and did several tours together. If I had to say who was most responsible for influencing me as a musician and composer, it would be my friend Naux.”

Allison’s fellowship with Naux inspires a heartfelt honesty in the music that is clearly coming from a deep and meaningful place, making A Day Within Days a moving and inspirational release that delivers on all levels.


"A surprising musical adventure that goes beyond boundaries of a conventional EM!"
- Sylvain Lupari, GutsOfDarkness

SONGS FROM THE DEEP FIELD
ambientelectronic.bandcamp.com/album/songs-from-the-deep-field